Worship is a Spiritual Warfare 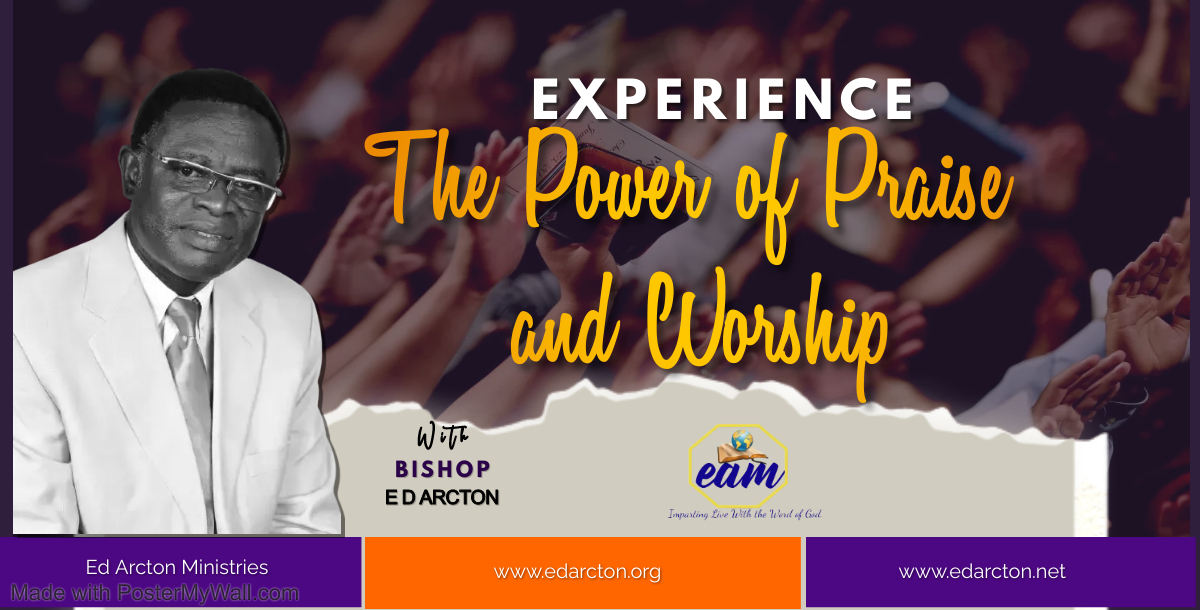 A.  God’s Plan is for Advancement to takeover

God is passionate about the advancement and progression of his Kingdom here on earth. He desires for us to take territory the enemy has had dominion over. We are all part of a spiritual battle against the principalities and powers of darkness. The scripture says; “For our struggle is not against flesh and blood, but against the rulers, against the authorities, against the powers of this dark world and against the spiritual forces of evil in the heavenly realms.” (Ephesians 6:12 NIV)

There are countless metaphors used throughout the Bible that emphasize God’s heart for progress, such as running a race or nature growing. Complacency is not a fruit of the Spirit, for this reason we are called to move forward, take new ground, and step out to see people encounter God.

The enemy exists as a training ground to prepare us for eternity. The war between God and the enemy has already been won because of Jesus’ sacrifice, but it is our duty to push forward in eradicating the current world of darkness and bring heaven to earth.

B.  Our Worship is Our Divine Weapon

In order to advance, we have to go to battle. In order to battle, we need weapons. Our worship/music is one of those weapons. Since the beginning of time, we have been bringing heaven to earth with the music crafted by God’s sons and daughters. The frequencies of instruments and words resonate and break down physical and spiritual walls the enemy has built.

Here are a few examples of the power of worship and music in scripture:

Joshua 6 – In the battle of Jericho, God used the sound of trumpets and shouting of his people to physically tear down the walls of the enemy.

2 Chronicles 20 – Jehoshaphat praised God and “appointed singers to sing to the Lord and praise Him” as they went out before the army. When they began to worship, God sent ambushments against the other armies, and they destroyed each other.

2 Kings 3 – Elisha asked for a harp to play, and as a result, the power of God came upon him to prophesy.

C.  God’s Plan is to Equip Us with New Weapons of War

In earlier times, weapons such as a spear, musket, or sword were commonly used by soldiers. Do you think an army equipped with those weapons would stand a chance against the advanced missiles, chemical weapons, and drones of today?

Culture is dynamic and has changed, and so has the enemy’s tactics. He is doing everything he can to hold on to the territory he has and is aggressively crafting new weapons to defend himself. Why should we expect to advance if we are still using the same tactics we have been using?

If worship is so powerful, which it is, then why hasn’t the multitude of Christian songs fully transformed all of the earth to look like heaven? I want to propose that maybe the reason why we don’t see certain breakthroughs is because we’re doing what has worked in the past when God wants to do something new and unconventional in worship. If this wasn’t true, then all we would need is one song, one guitar sound, one drumbeat, for the rest of time. When I look at the Bible, I see God many times using new and unlikely weapons to succeed:

Judges 15 – Samson using a jawbone of a donkey.

Judges 7 – Gideon taking out an army using 300 men with trumpets, torches, and jars.

1Samuel 17, – David using 5 stones instead of the best armor and sword from Saul.

God wants people that are open-handed so that He can equip them with what is needed to win specific battles. Every battle is different. We need to pray and inquire about what this looks like in our worship.

D.  Our God Don’t Need a Lot to Accomplish a Lot.

I believe one of the reasons why we don’t explore new territory in our worship is because it can feel like too big of a task for our ability. Don’t let the size of the task intimidate you because God can multiply what little you have in ways you can’t imagine.

1 Samuel 14 – As a result of Jonathan and his armor bearer pursuing and taking down 20 Philistines, the whole Philistine army destroys itself (Israel with 600 men vs. the Philistine’s “as many warriors as the grains of sand on the seashore”).

2 Chronicles 20 – Jehoshaphat vs. three armies – the Moabites, Ammonites, and Meunites.

In many of these stories, they barely had to do a thing, and the enemy destroyed themselves. God even downsized His people’s armies when they were already a fraction of their opponent’s. What if all we needed to do today was worship in a fresh and prophetic way and all the plans of the enemy would collapse without us even having to leave where we’re standing?

In our journey, the most critical factor is that we keep our worship pure and honest. When we are worshiping only out of the desire for a result, we have missed the mark. We always need to worship God simply because He is worthy of praise. When we worship Him simply because He is good and he is Lord of all, we gain momentum on the battlefield. Our instruments and voices all find their fullest power in a place of unconditional praise.

Remember worship and praises is a divine weapon God uses to defeat and destroy enemies in the battlefield. While not jump immediately into worship right now. Don’t say you’re waiting for God; I want you to know that God is waiting for you to release his miraculous power into every department of your life today. Worship the Lord in beauty of his holiness. This is the time and this is one of the hottest spiritual warfare.

THE VOICE OF PRAISE IS A WEAPON OF WAR

The Day of Pentecost