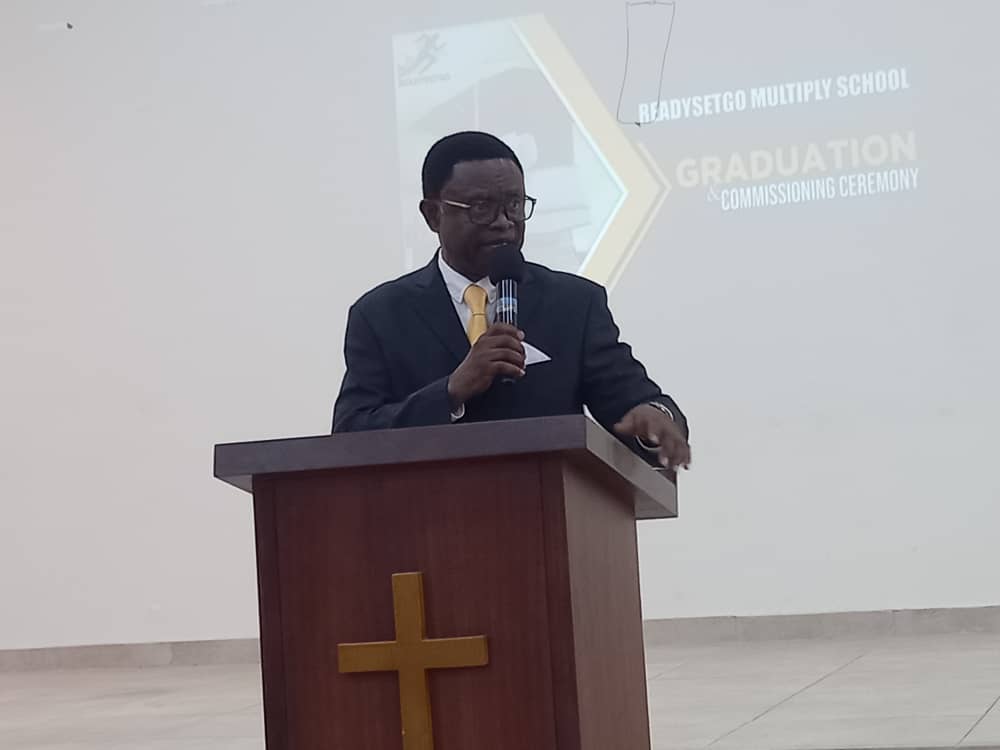 Scripture Text: Matthew 24:14 – And this gospel of the kingdom shall be preached in the whole world for a witness to all the nations, and then the end shall come. — Matthew 24:14

“And this Gospel of the kingdom”

This Gospel is a specific reference to Christ Himself which He himself preached in all the villages, towns and cities, and which for that purpose he called and sent his apostles to preach, in all the cities of Judah and beyond; by this all people were brought into the kingdom of Christ, the Lord and Savior. This is the dispensation of the Gospel which pointed out the saints’ meekness for the kingdom of heaven, and their right unto it.

This gospel of the kingdom is the news that there is freedom from our slavery to sin if we will repent and turn to God (Romans 6:18–19). Our Redeemer has come, but it is difficult to enter God’s kingdom, not because God requires impossible standards for us, but because we do not want to repent and change. We tend to love the darkness more than the Light (John 3:19). Many would rather cling to their old sinful identities than allow Jesus to create them anew (2 Corinthians 5:17).

This gospel of the kingdom is the good-news message of repentance, redemption, and restoration offered by God to all who will receive Christ Jesus as Lord and Savior. Those who accept this offer become part of His eternal kingdom (John 1:12). Those who choose to remain in their sin and has rejected this good-news cannot be a part of this kingdom (1 Corinthians 6:9–10; Galatians 5:19–21). Although grace makes this offer available to anyone who will receive it, Jesus warned that it would be very difficult to enter His kingdom and few would do so (Matthew 7:14).

“Shall be preached in all the world”

In Judea was the beginning of the preaching of the gospel, but not to be confined there, The Lord Jesus himself gave command to take the massage of the gospel into all the nations of the earth.   The apostles had their commission enlarged, after the resurrection Lord; when they were bid to go into all the world, and preach the Gospel to every creature; and when the Jews rejected and turn away from the Gospel, they accordingly turned to the Gentiles; and before the destruction of Jerusalem, it was preached to all the nations under the heavens; and churches were planted in most places, through the ministry of the gospel preached.

Those who receive the gospel of the kingdom become citizens of heaven and are freed from bondage to this world (Galatians 4:3–9). 2Corinthians 5:20 speaks of God’s children as “ambassadors” for our heavenly Father. Just as an earthly foreign ambassador retains his national identity when representing his country in another, the spiritual ambassadors of God’s kingdom owe their allegiance to God even as they reside in this world. Therefore its necessity that we must follow our heavenly Father’s code of conduct while sojourners on earth. We need not conform to this world’s pertains, habits, values, and lifestyle, because here on earth is not our home (Romans 12:1–2; 1 John 2:15–17). We are citizens of the heavenly kingdom Christ offered and which we are commanded to preach in the world.

Jesus said, “My kingdom is not of this world” (John 18:36). So, although we must live here until God calls us home, we are not to live for ourselves or according to this world’s value system. Those who have been bought by the blood of Jesus have been given the right to live according to God’s value system. Citizens of the kingdom of God live here on assignment from our Father the King. Living with a kingdom mindset empowers us to make wiser decisions as we invest our lives in furthering the gospel of the kingdom.

“For a witness unto all nations”

This means either for a witness against all such in them, as should reject it; or as a testimony of Christ and salvation, unto all such as should believe in him for eternal life. Jesus has described difficult times to come for those who follow Him after He leaves the earth (John 16:5–7). He has pointed to an era of intense persecution, death, and hatred for any associated with His name. Many who seem to be true believers will fall away in response to the teaching of false prophets and deceitfulness of the world. Lawlessness will increase, and many will grow coldly unloving and turn away from the truth (Matthew 24:3–13). Still, none of this will stop the proclamation of the gospel of the kingdom. The word “gospel” means “good news.” The good news Jesus has been preaching about the kingdom of heaven is that it is coming and will soon be here. He Himself is the king, and He will reign forever (Matthew 4:17; 13:43; 26:29).

“And then shall the end come”

Not the end of the world, but the end of the Jewish state, the end of the city and temple so that the universal preaching of the Gospel all over the world was the last criterion and sign, of the destruction of Jerusalem; and the account of that itself next follows, with the dismal circumstances which attended it.

Earlier Jesus said, “for these things must take place, but that is not yet the end” (Matthew 24:6). Now He says, that after the successful preaching of the gospel of the kingdom to the entire planet, “then the end shall come.” “In the background is the Old Testament motif of the nations’ end-time conversion to Yahweh (Cf. Isaiah 2:2-4; 45:20-22; 49:6; 55:5; 56:6-8; Micah 4:1-3). Here that conversion heralds the end.”  The end spoken of here is not the end of the end. It means the end of the age of the tribulation through the second coming of Christ (Matthew 24:27-31). The final end will occur one thousand years later as the millennial kingdom of Christ comes to its end.

Matthew 24:14 is refer to the event that will take place in the future, then the gospel will be preached across the globe as described in Revelation 14:6-7. Both passages are set in contexts that tell us that this global evangelization will take place just before the middle of the seven-year tribulation. What the Lord Jesus’ said in Matthew 24:14 does not imply that all peoples will be converted by the preaching of the gospel, but that the kingdom will not come in its fullness until all peoples have had the opportunity to accept or reject the King who will be their judge as stated in Matthew 25:31-32. This passage was no more fulfilled during the nativity of the church than was the Great Commission. The prophecy of Matthew 24:14, like all of those in that context, await a future fulfillment, specifically during the future tribulation period.