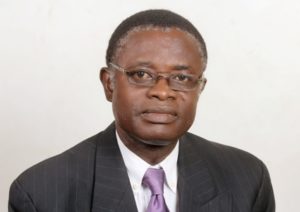 Ed Arcton began his walk and fellowship with the Lord Jesus Christ when he gave his life to the Lord as His personal Lord and Savior in 1970. He was later discipled and mentored by one Medical Hematologist named Mr. Godfrey Bobby and the Founder of Child Evangelism Fellowship (CEF) of Ghana (a British Lady) by name Miss Christian. He was trained as a Child Evangelist and a Sunday School Teacher and was a blessing to the Local Church.

Ed Arcton grew up in the City of Accra, Ghana and studied at the Maranantha University College. He is a Graduate from the Christian Leaders Institute (CLI) Michigan, USA. He is a professional (WordPress) Website Designer, a Graduate from Agape Harvest Institute (AHI) Accra, Ghana. Presently he is the CEO of EATECHNO Web Services that provide both domain name registration, webhosting and website Designs for all. Click arctonhost and EATECHNO   to learn more.

He was a committed member of the Scripture Union of Ghana (SU) and other Christian Community Fellowships when growing up in the Lord. He became an Executive member of Kaneshie Christian Fellowship (KCF) in the mid-1970’s and  served as a Prayer Secretary. Even though born into the Methodist Church, he worshiped with the Baptist Church and later became a member of the Assemblies of God Church, North Kaneshie because of relocation of the family at North Kaneshie, Accra –  Ghana. He was greatly influenced and learned a lot from the Missionaries that began Assemblies of God at the North Kaneshie Branch in the mid-1970s. He also worked with missionaries from the Four Square Gospel Church, (Head Office) branch, Accra, Ghana in planting and establishing the headquarters Church.

He is a true servant of God, who loves the Lord Jesus Christ and serves Him with deep passion and commitment. He recognized his divine calling of God into Ministry very early in his Christian life. And with his whole heart, responded to his divine calling to serve the Church, the Body of Christ, as an Apostle, Intercessor and Pastor. He is blessed by the grace of God both to preach and teach the Word of God. Ed is a praying man of God, an Intercessor for Christ and firmly believes in the power of Prayer as a weapon made available for every Child of God and the Church.

He started preaching the Gospel since 1979 and won many souls to Christ Jesus our Lord. After his Bible College training in 1986, he served the Church in many capacities and was ordained as minister of the Gospel in August 1989 . He worked as a Missionary among the unreached peoples group at the countryside and later as Research Assistant with the Ghana Evangelism Committee (GEC). Afterwards, he continued ministering as a missionary and church planter in Ghana and has travelled across the country promoting missionary work and training missionaries everywhere he goes. He and his team began planting churches and later hand over to the Baptist Church among the communities, towns and villages on the coastal areas in the Central Region of Ghana.

He was appointed the General Secretary of APECOM (All Pastor and Evangelist Conference, Ghana) in 1987 and later became the Chairman of APECOM, Greater Region. Ed was and serves as Pastor of the Community Worship Church he planted in the city of Accra from 1986 to 1992. And later became the Senior Pastor of the Royal Liberation Church now “The Liberation House Chapel”.

For over four years, he taught Missionary Studies with the Agape Institute of Missions. He taught Biblical Studies, Theology, Leadership and Missions with the “International School of Missions and Leadership Development”, (ISOMALD COLLEGE) since 1997 until 2016. In 1991 he began pioneering sports evangelism in Ghana and became the first National President for “Ghana National Sports Coalition” and served for more than fifteen years, where he taught and promoted Sports Evangelism and Missions among the local churches in Ghana.

Presently he serves as the Chairman of Board of Directors of the Rescue Sports Foundation in Ghana. A christian sports ministry with a passion and vision to reach out to the unreached peoples group in our communities through the language of Sports evangelism and discipleship in Ghana and beyond.

He was the Executive Director for the “Institute of Christian Leadership Management and Administration” (ICLMA) where he also taught and trained many Pastors, Missionaries, Church Leaders, and Christian Workers in the Ministry.

Ed was a founding member of “Ghana Evangelical Missions Association”, GEMA (a national missionary body providing oversight to all Missionary Societies in Ghana) and served as Chief Executive Officer (CEO) and the General Coordinator from 1989 to 2003 before voluntarily handing over. He was a member of Board of Governors of Ghana Evangelical Missionary Institute, (GEMI) Amedozfe, Ghana.  Ed Arcton was the first Ghanaian to conduct an in-depth research and information on “Missionary Attrition in Ghana”. This Research document was presented at the World Evangelical fellowship (WEF) conference in London. The highlight of this research is made available here. Click here to see Missionary Attrition- Ghana.

Too valuable to lose: Exploring the causes and cures of missionary

Ed is a conference speaker and bible teacher and has continued to serve as a minister of the gospel, preaching and teaching the Word of God on various platforms to thousands of people in Ghana and beyond. In 1988, God used him to establish the “LIBERATION MISSION FOR CHRIST” where he now serves as the President of the Mission and Pastor of LIBERATIONHOUSE CHAPEL.

Ed Arcton is also the founder and Director of Mission Leaders Network and “Center for World Prayer Command” and has being in the forefront, promoting intercessory ministry among the Body of Christ and fulfilling the commands of the Lord when He said ‘…these I will bring to my Holy Mountain and give them JOY in my HOUSE OF PRAYER. Their burnt offerings and sacrifices will be accepted on my altar; for my HOUSE will be called a HOUSE OF PRAYER for all Nations,” (Isaiah: 56:7).

Above all, Ed‘s passion is knowing and loving the truth of God. Living and proclaiming this truth of God, as revealed and established in the Holy Scripture is the ultimate truth for all who believe in the Lord Jesus Christ. He does this with great passion, commitment and love for the Lord.

The truth of God wherever it touches, liberates all from the captivity of darkness and from the slave chain of satanic liars and the control of deception. Jesus said “…you will know the truth, and the truth will set you free,” (John 8: 32). Ed believes that the Truth of God brings light and life to all who receive it in faith, for the Bible says that “…faith comes by hearing and hearing the Word of God,”(Romans 10:17).

JESUS CHRIST is the TRUTH OF GOD, the WORD OF GOD, the WISDOM OF GOD, and HE IS GOD who became the SON OF MAN to redeem us from sin, death and Satan so that we may have Eternal life through Him alone. Sharing this truth of God, Ed believes, honors and glorifies GOD and the Lord Jesus Christ, the Son of God, who is the image of the invisible God manifested in the flesh. “…and the Word became flesh and dwells among us,” (John 1:14).

Our God is magnified, exalted and worshiped when the truth of Him is known and accepted anywhere, everywhere and at any place. God is seen, heard and believed as people behold Him in His only begotten Son Jesus Christ the LORD. Jesus said “I am the WAY, the TRUTH and THE LIFE.” The Holy Scripture says, “The Son of God is the radiance of God’s Glory and the exact representation of his Being, sustaining all things by His powerful word,” (Hebrews 1:3 NIV).

It is Ed’s belief that we must seriously take the Bible as God’s Holy Word and read the Bible daily to hear God speak to us directly from His Word which helps develop our love for the Truth. The Holy Bible is God’s ABSOLUTE TRUTH and the constitution of our Christian life and faith.

Rev Arcton as known and called is an Ordained Minister of the gospel with an unquestioned character and integrity. He presently lives in the city of Accra with his family, serving the Lord Jesus Christ and His church.

Ed Arcton persistently declares that; “My vision is to make Christ Jesus Known as Lord and Savoir to everyone. My mission is to take the Living and Powerful WORD OF GOD in order to explain and expand the truth of God’s Holy Word to everyone wherever I’m, with deep conviction, passion, great boldness and in the wisdom and power of the Holy Spirit”.

Ed says “I’m committed to the Evangelical and Reformed faith, as set forth in the historic Westminster Confession of Faith. (Shorter and Larger). This is the statements of faith. The doctrines of Grace of our confession are beloved to Evangelical and Reformed Christians because they are biblical and emphasize the sovereignty of God in salvation. “God saves sinners” this is the rich motto of our faith. In addition I fully subscribe to the Lausanne Covenant as my basic statement of faith and Christian values.

Ed would always conclude a message or conversation with Apostle Paul’s affirmation, “I have been crucified with Christ and I no longer live, but Christ lives in me. The life I live in the body, I live by faith in the Son of God, who loved me and gave himself for me”. (Galatians 2: 20 NIV). 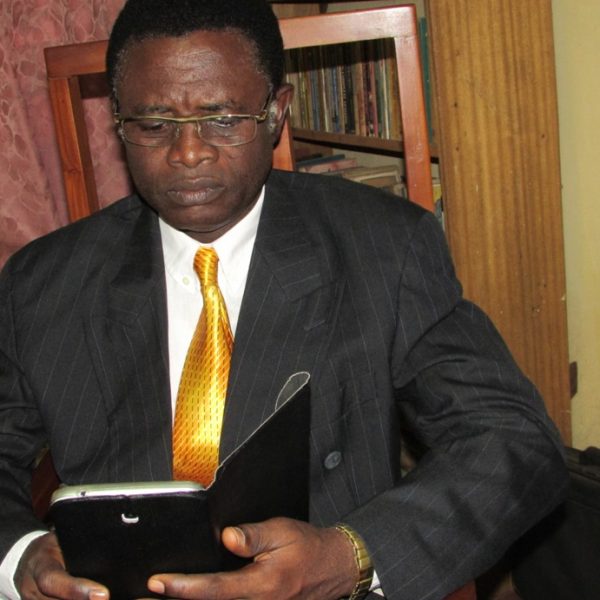 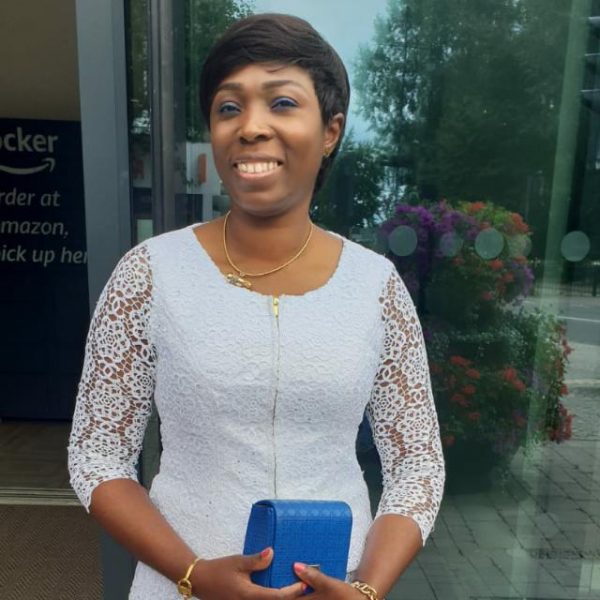 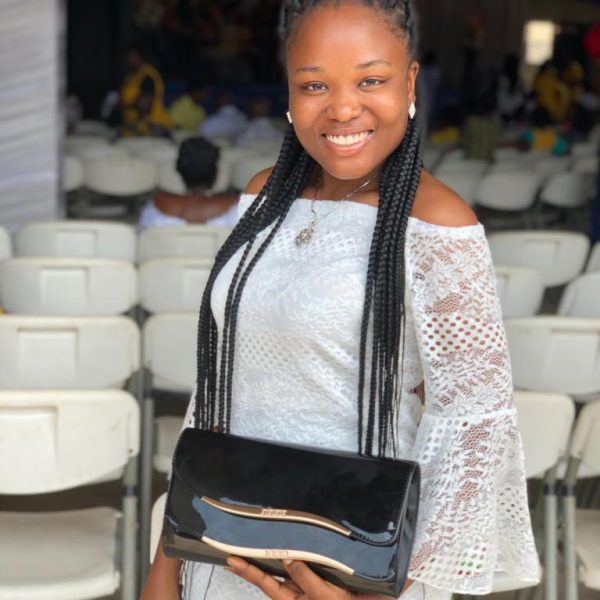 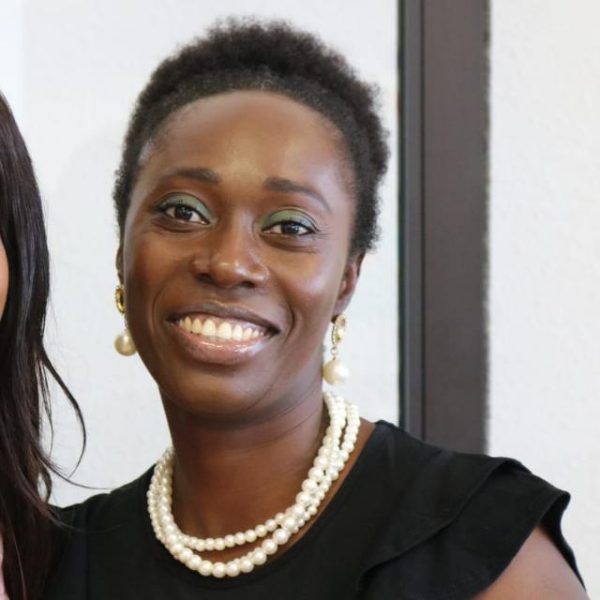 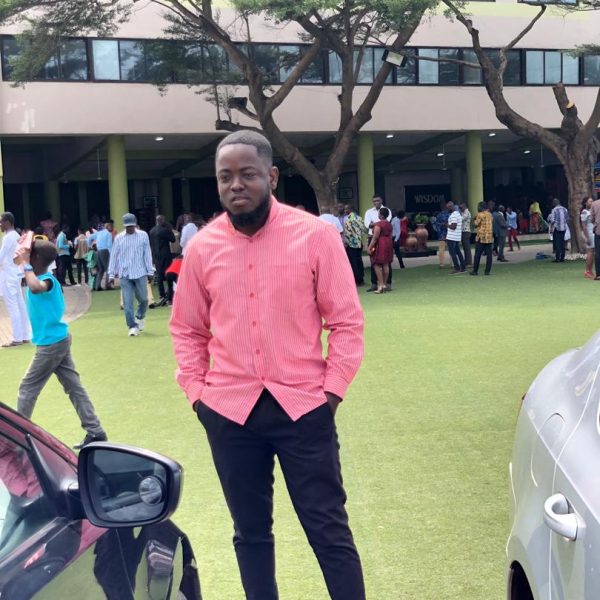 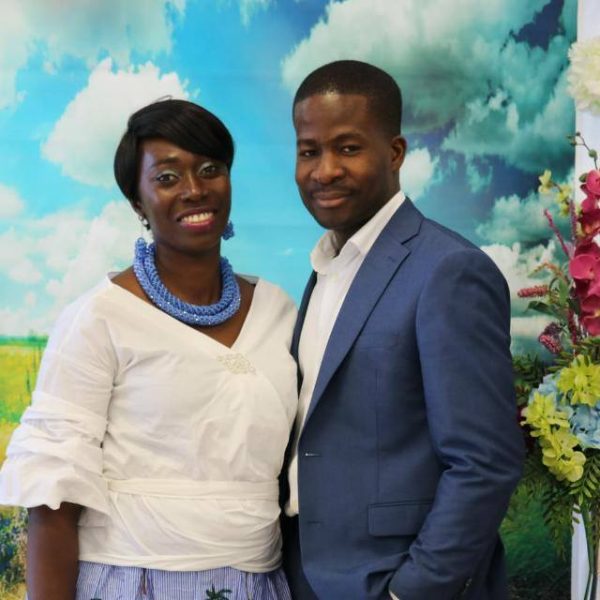 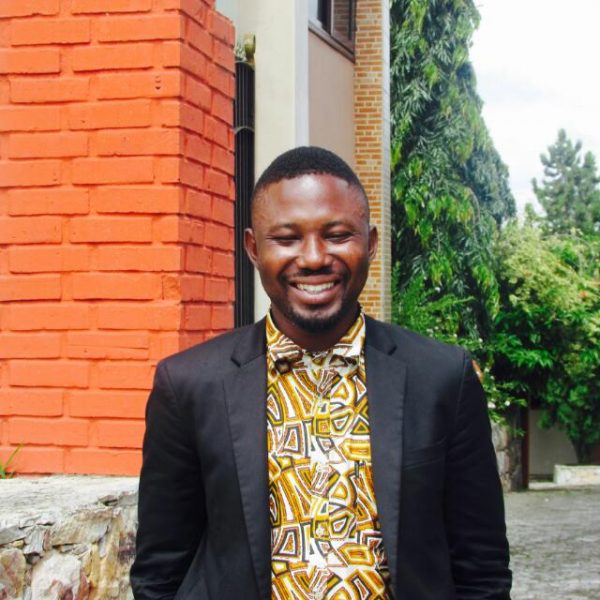 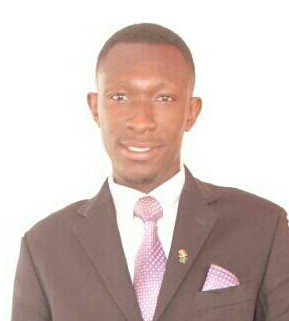 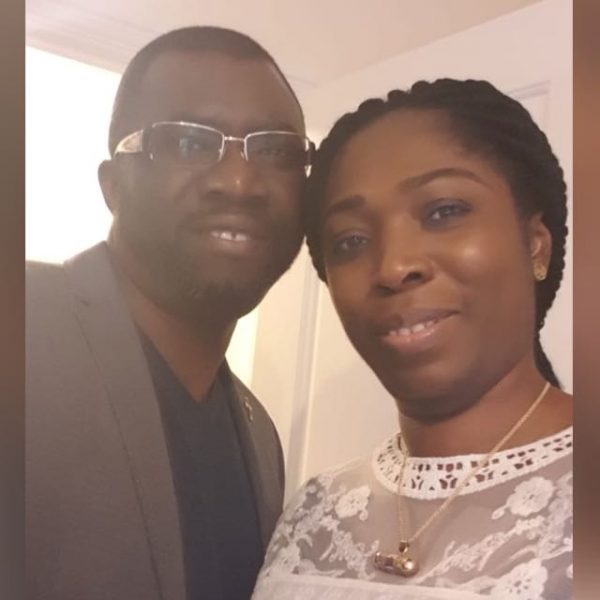 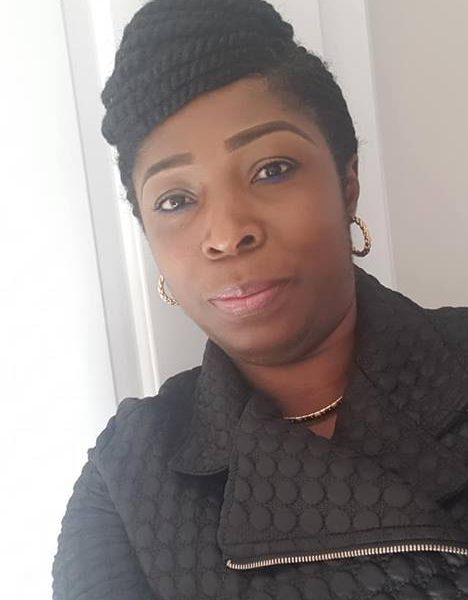 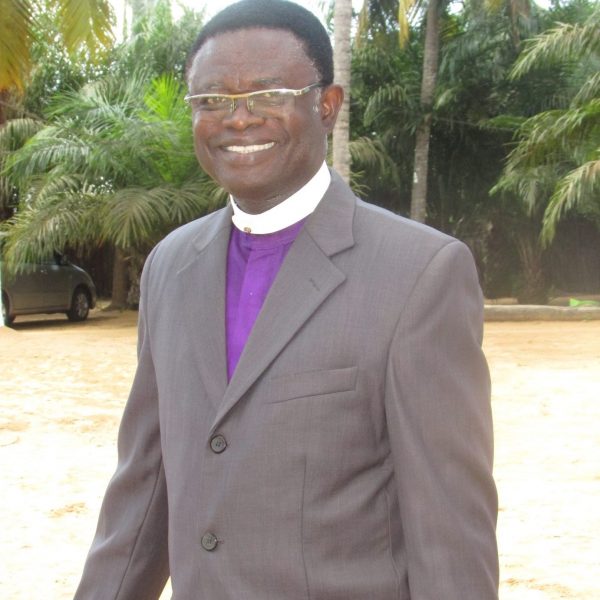 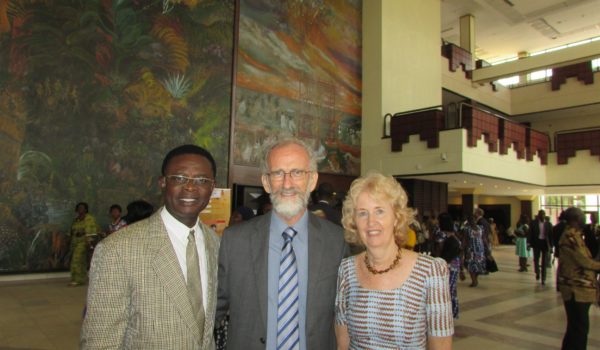 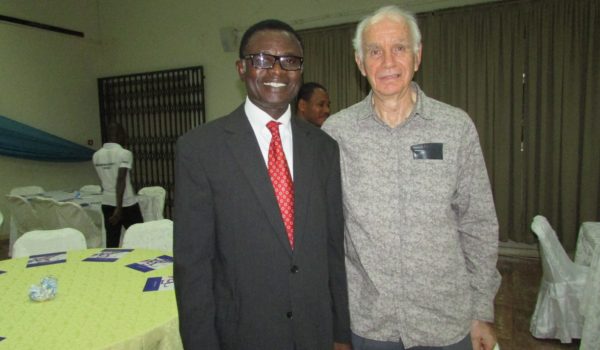 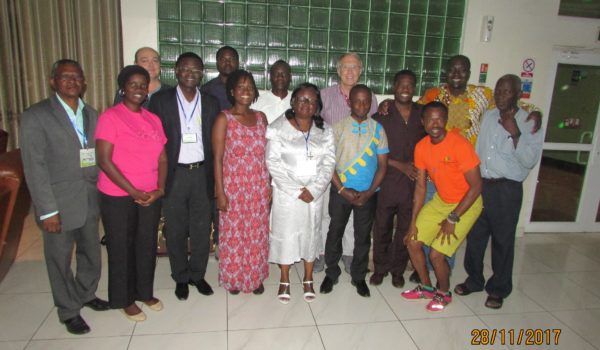 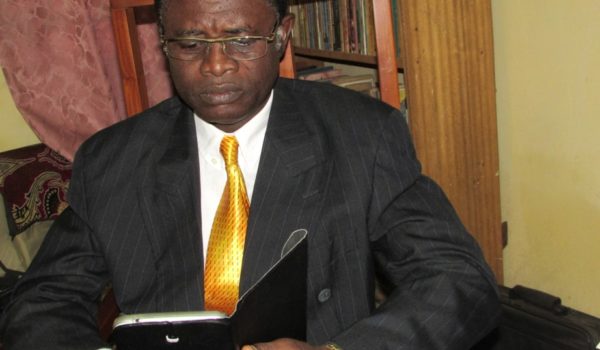 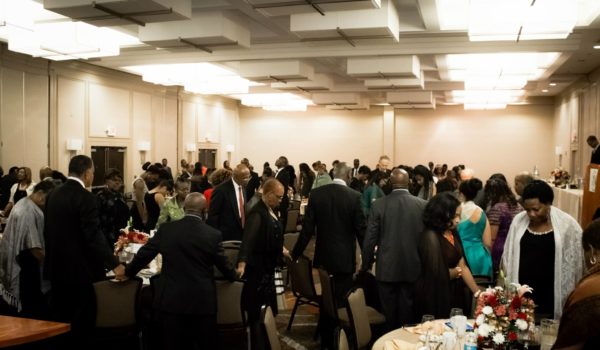 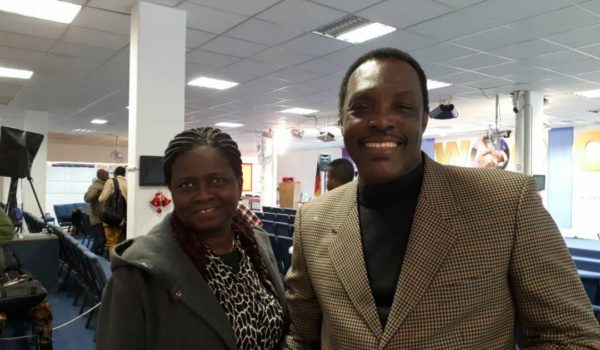 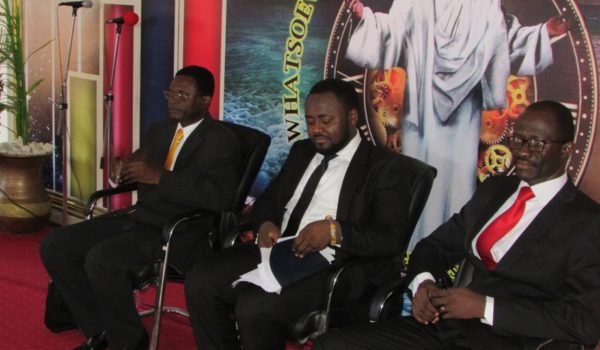 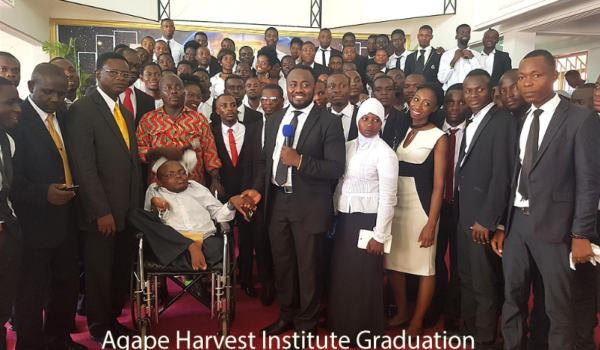 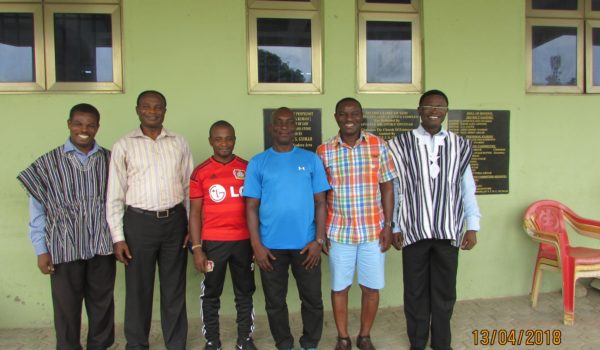 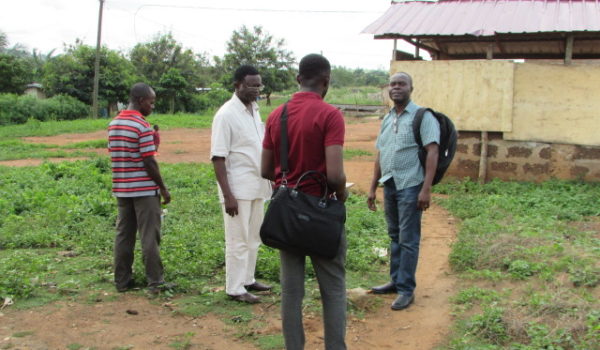 You can contact or connect to Ed personally here: