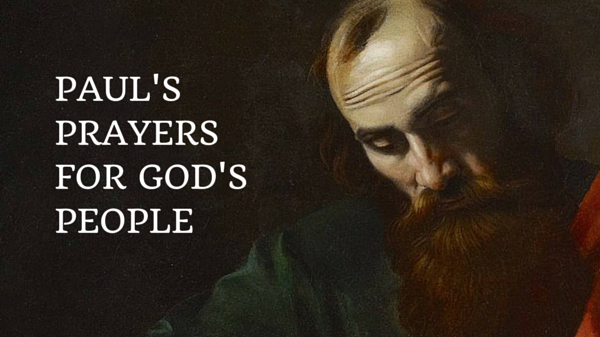 GEORGE MUELLER, the great Christian, pastor and social reformer, tells a story of persistent prayer in his diary:

“In November 1844, I began to pray for the conversion of five individuals. I prayed every day without a single intermission, whether sick or in health, on the land, on the sea, and whatever the pressure of my engagements might be. Eighteen months elapsed before the first of the five was converted. I thanked God and prayed on for the others. Five years elapsed, and then the second was converted.  I thanked God for the second, and prayed on for the other three. Day by day, I continued to pray for them, and six years passed before the third was converted.  I thanked God for the three, and went on praying for the other two. These two remained unconverted.”

Thirty-six years later he wrote that the other two, son’s of a friend were still not converted.  He wrote, “But I hope in God, I pray on, and look for the answer. They are not converted yet, but they will be.” In 1897, fifty-two years after he began to pray daily, without interruption, for these two men, they were finally converted—but after he died! Mueller understood what the Apostle Paul meant when he said that he “night and day praying exceedingly….”  In 1 Thessalonians 3 Paul shares some good news that he heard about the faith and love of the Thessalonian believers.  This good news was the result of powerful prayer.  What was Paul praying for that resulted in such good news?  I believe he gives us a hint in verses 11-13.

First Paul prayed for connection and fellowship with those believers.  He had been forced away from them through persecution and had to leave them unexpectedly.  During Paul’s time with them he taught them the gospel, which they received and it transformed them.  While Paul was worried that in his absence they may have drifted away in their faith, he heard in the “good news” from Timothy that they were established in their faith and in their love for one another.  Paul prayed that he could soon be back in their presence.

Secondly Paul prayed for their love to increase.  While in the “good news” report he learned that they did have love, he also prayed for it to abound more and more.  He prayed that they would not just love one another, but they would also love the lost and even their enemies.  Love in this epistle is always seen as an action, “labor of love.”  In other words love has a purpose, it is not an end in itself.  Love is not simply an emotional feeling, but love results in action.  Paul prayed that their love result in more action “toward all men.”

Finally, Paul prayed for their hearts to be established in holiness.  The Thessalonian believers were taught that Christ is going to return and we need to be ready. Paul wanted them to be ready.  How do we get ready?  How do we get our hearts established so that when He comes we are not embarrassed? Repent of your sins and believe in Christ, His death, burial and resurrection.  By faith and grace we become His child.  But being His child does not mean that we will be blameless and holy at His coming.  The holiness here is separation from sin in our daily lives.  This is speaking more of our sanctification.  We must protect our hearts from hooks of sin by repenting of it immediately.  Additionally, we should seek to obey God’s instructions and find our delight and joy in His Word and in Him rather than sin. My prayer for us is the prayer of Paul, “that He may establish your hearts blameless in holiness before our God and Father at the coming of our Lord Jesus Christ with all His saints.”

The Remedy for a Spiritual Coronavirus

The Doctrines of Grace