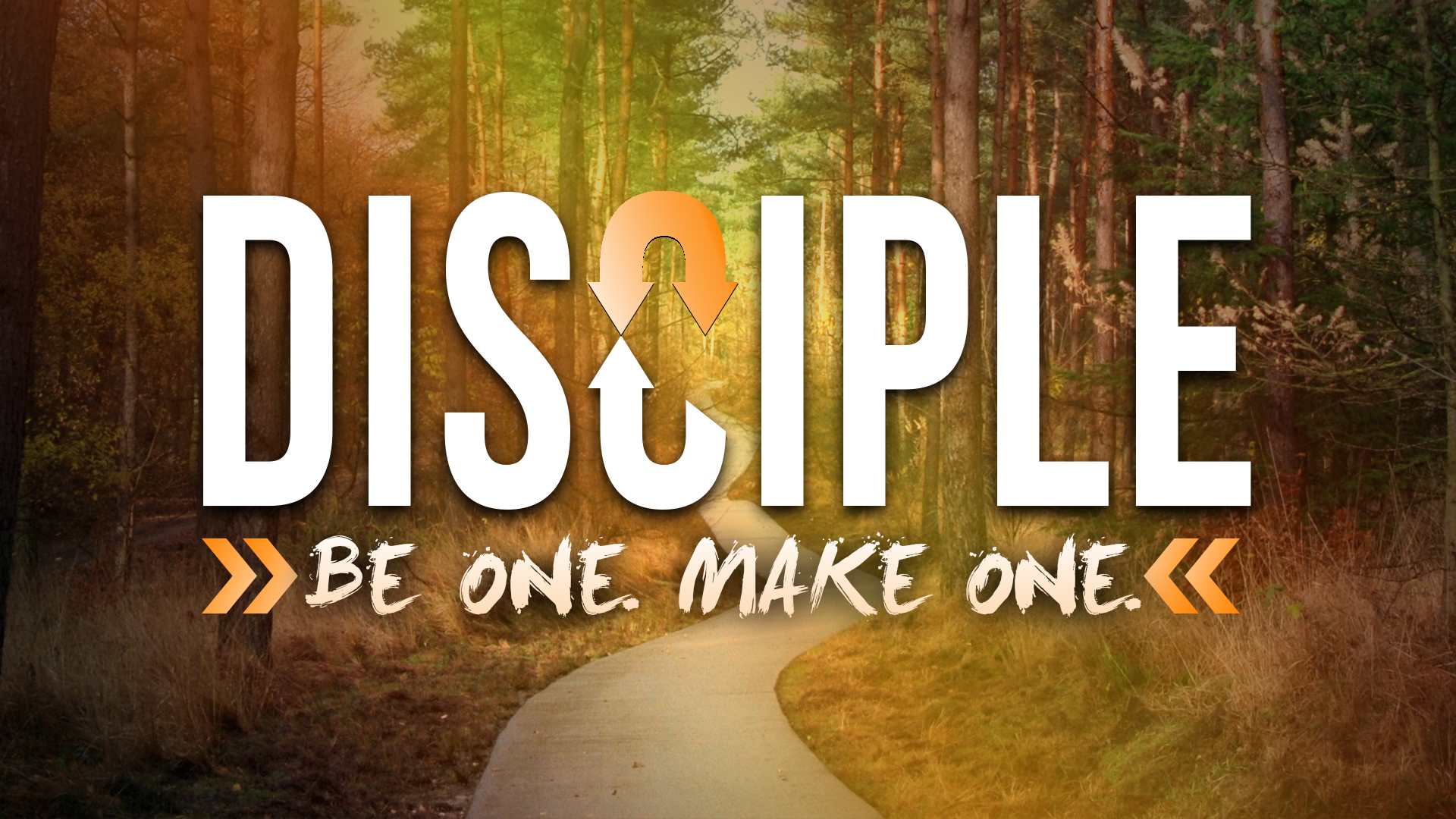 There is NO cheaper discipleship offered anywhere is the Bible! To be a true disciple of Jesus Christ you must count the COST.

I used to see those bumper stickers that said “Hate is not a family value.”  I didn’t get it until I heard those who spoke against immorality taking over society described as hate mongers. Just because you argue against something does not mean you hate those who do that. I and you really care about people; you will try to warn them about dangers to the body and to the soul.

Here Jesus says something that is difficult for us to understand. Are we Christians really supposed to hate our families, and even our own life? That depends on what you mean by hate.

Today we think of hate as taking away people’s rights to do what they want. Hate can mean discriminating against someone for various reasons, color of skin, vocation, and so on.

If by hate you mean belittling people, calling them names, denying them a place in society, free speech and human dignity, then hate is wrong.

It’s wrong to make fun of people in a way that hurts them inside.

It’s wrong to yell at people and humiliate them.

It’s wrong to lie about them and misrepresent them before others.

It’s wrong to treat people differently and deny them love because you don’t like how they look or the things they can’t change about themselves.

It’s wrong for us to do anything that contradicts God’s love for all people.

After all, Jesus said, “Love your enemies. Do good to those who hurt you.”  If you love only those who love you in return, what good is that? Everybody does that. Love those who don’t love you and I will reward you in heaven.

But Jesus did say that word “hate”. In Greek it’s pronounced MISEO.  If you don’t hate others and yourself, you can’t be his disciple.  Is this true? How did that get in our Bible?

To understand this passage we have to understand the world of the Bible. They didn’t have lukewarm words back then. There’s no word that describes “liking” someone. You have the choice of “love” or “hate”.  I’m told that even today there is no word in Arabic for “like”. Perhaps that’s one reason we have so much tension in the Arabic world today.

The ancient world talked in absolutes.  Genesis 29 (30-31) says that Jacob had two wives, Rachel and Leah. It says Jacob loved Rachel more than Leah.  “When the Lord saw that Leah was hated, he allowed her to have a child, but Rachel was without a child.” Do you see the comparison between loving something less?  Jacob took care of Leah his wife, stayed with her, honored his vows, raised his children. But he had more feeling for Rachel. Being loved less is called being hated, or despised.

So when your family, friends, or even your own self tells you to follow something other than Jesus, you have to say no to it, deny it, and stop listening to it. You can’t follow Jesus and obey another voice. He won’t take second chair to anyone.

That’s what it means to be God. We make Jesus into something less than a God when we won’t follow Him. In his words, we hate him.

So he tells us to hate others. That means we should be willing to renounce every thing and every person that would keep us from following Christ.

Now before you go and label this as extreme, imagine what it would be like if we honored all our commitments like Jesus expects us to honor him as our God.

When a man and a woman were married, for the rest of their life they would honor each other. They would not let anything take the place of their commitment for each other, wouldn’t drift away from each other, and their love would only grow for one another.

When you took a job you could trust your employer. He would treat you with dignity, since you have committed a major portion of your life to him. He wouldn’t fire you to reduce the payroll and benefits he has to pay out. And he would know that you are doing your absolute best to produce that product or service that the company offers.

And parents, if your kids honored you the way Jesus expects us to honor him, there’d be no more arguments at home with the kids, and discipline would be a joy, because kids would obey parents and parents wouldn’t overburden the kids with expectations and chores. Kids, parents would give you their undivided attention, and wouldn’t leave you out of all their fun.

What a messed up world we live in! When we see people who are honoring their commitments, we throw a party and say, “Look at that! I’ve never seen such a faithful person before.”

If you’re thinking about what it means to be a Christian, Jesus wants you to count the cost. If you want to follow Christ, then you have to follow him. There’s no saying, “Jesus, you go on, I’m going to hang out here for a while, and I’ll catch up with you later.”

There’s no covering over our sinful behavior. It’s exposed to God for what it is. He says, “Give it up. You can’t follow me and act that way.”  If we want to follow Jesus, it’s going to make a big difference in our lives, and people are going to see that difference.

There’s no time we can’t show love to others.  Now it’s true that one of the ways we love people is by warning them of what their sinful life will result in, damnation. So we are alarmed when sexual immorality is called a civil right, or when refuse to give up behaviors that hurt others, or steal, cheat and lie. That kind of living needs to be exposed for what it is, because it is misleading people and causes them great suffering.  And it’s not hateful to express what God has said about it.

We are passive in justification, but active in sanctification.  Let me explain that.

There’s a cost to being a Christian. Salvation is the free gift of God. When Jesus died on the cross, he took our sins on himself. When the Holy Spirit brings someone to believe in Jesus’ love, they are declared not to be guilty, at no cost to themselves. God saves us. We don’t add to that salvation.

But the Christian is always to follow Jesus. That’s where we are active. We are to love God by obeying his commands, and to love others by serving our neighbor, that is whoever is around us and is in genuine need. They may be our friends. They may be our enemies. But we are to serve them. That’s the cost of being a Christian.

Jesus says, “Whoever does not bear his own cross and come after me cannot be my disciple.”  To his original audience this would mean, “Do you think so little of your life that you would accept crucifixion from the Romans for the sake of being my disciple?”  They all knew what crucifixion was for they had seen many criminals tortured in this way. But they still followed him, and they were not disappointed.

To us today it means, “Are you ready to put everything else on hold while you follow after me?”

Bad things may happen to you. Jesus says, “Trust me.”

People may call you names. Jesus says, “Don’t worry about them. Listen to what I say.”

You will have to help people you don’t like being around. Jesus says, “I did that for you.”

You are going to have to hold your tongue and open your wallet. Jesus says, “There’s nothing that will bring you more joy than I can.”

This is the cost of following Jesus. Are you still going to follow him? Will you put everything aside and surrender all to Jesus today and always? Would you love Jesus Christ more than anyone else including your own self? Would be a true disciple of Jesus Christ without fear?

Jesus never offers to anyone cheaper discipleship. Not at all, he said whoever decides to fellow him must forsake all and denial himself and take up his/her own cross. Are you already to fellow him whole heartily or not? Are you prepared to carry your own cross today? Stop and think about it today, he is waiting for an answer from you now.

There’s no other path that brings more peace in the soul, more joy in the heart, and the security of knowing who you really are and what you are here to do than following Him, Jesus Christ our Lord and savior.

So go ahead, count the cost, but follow Jesus whole heartily and live everyday as a true Disciple of Jesus Christ.