THE KING RIDING ON THE BACK OF A DONKEY 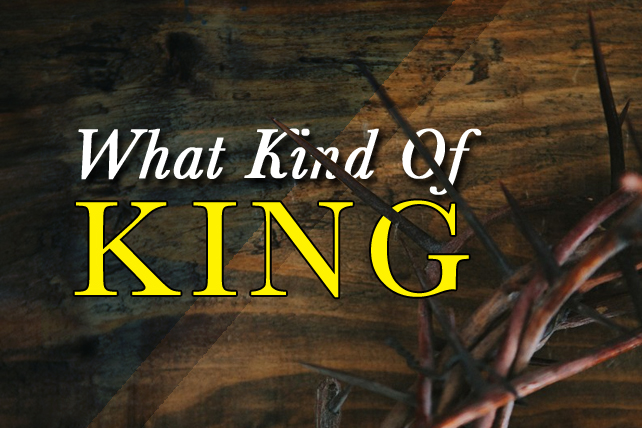 Palm Sunday in most Christian Churches involves the distribution of palms and a commemoration of Jesus’s triumphal entry into Jerusalem amidst shouts of Hosanna. But what is the meaning of his decision to ride into Jerusalem on the back of a donkey?  It has everything to do with true victory being a victory of humility.

Palm Sunday is when a conquering hero of the ancient world rode into town in triumph; it was in a regal chariot or on the back of a stately stallion. Legions of soldiers accompanied him in the victory procession. Triumphal arches, festooned with relief sculptures, were often erected to immortalize his valiant victory.

PALMS FOR THE KING

After driving out demons, healing the sick, and raising the dead, it was time for the King of Kings to enter the Holy City. But to do so, he rode not on the back of a warhorse, but a donkey. His companions accompanied him brandishing not swords, but palm branches. The monument to his victory, erected a week later, was not an arch, but a crucifix.

From beginning to end, the details are humiliating. No room in the inn. Born amidst the stench of a stable. Hunted by Herod’s henchmen. Growing up in a far-flung province of the Roman Empire–Galilee, the land where the country accent is so thick, you can cut it with a knife. How it that the high priest’s servant-girl knew Peter was a disciple of Jesus? His hillbilly accent gave him away (Matthew 26:73). Jesus disciples were not cultured, learned men of ability. They were drawn from the low-life of a backwater region.

When one of his closest companions offered to betray him, he did not require millions. Jesus’ worth was reckoned to be no more than the Old Testament “book value” for a slave–thirty pieces of silver (Ex 21;32). When he was finally handed over to the Romans, he was not given the punishment meted out to Roman citizens. Beheading was the quick, dignified way to execute someone of any standing. Instead Jesus was given punishments reserved only for slaves and rebellious members of subjugated peoples – flagellation and crucifixion. These two penalties were not just about the pain, but about the humiliation. In first century Judea, men and women typically covered themselves from head to toe, even in the scorching heat. A crucified man was stripped naked and put on display for all to see.

But this is not primary a story of violence and humiliation. The events of Holy Week are much more about love and humility.

That’s why on Passion Sunday we read the powerful words of Paul’s letter from the Philippians (2:6-11). Though the Divine Word was God, dwelling in the serene heights of heavenly glory, he freely plunged to the depths of human misery, joining himself to our frail nature, entering into our turbulent world. As if this act of humility were not enough, he further humbled himself, accepting the status of a slave. His act of stooping down to wash the feet of his disciples (John 13) was a parable of his whole human existence, for this act was regarded as so undignified that not even Israelite slaves could be compelled to do it.

But that’s just it. Jesus was not compelled to do it. He willingly lowered himself in his birth, in his ministry, in his death. No one took his life from him. He freely laid down his own life (John 10:18). Others did not have the chance to humble him; he humbled himself.

It had to be so. The Second Adam had to undo the damage caused by the first. What was the sin of our first parents? They disobeyed because they wanted to know what God knew, to be like God, to exalt themselves over God (Gen 3). They were bitten by the Serpent, and injected with the deadly venom of Pride. The antidote, the anti-venom could only be humility. The foot-washing, donkey-riding New Adam would crush the head of the deadly serpent by means of loving, humble obedience.

The first-born of many brothers lowered himself to the dust from which the First Adam has been made–indeed humility comes from the word “humus.” But God responded to his humility by exalting him far above any other past, present and future. He exalting him far above Caesars, kings, and even any stars you may think. And he invites us to share his glory with him. But first we must walk on his road to glory, the royal road of the cross.