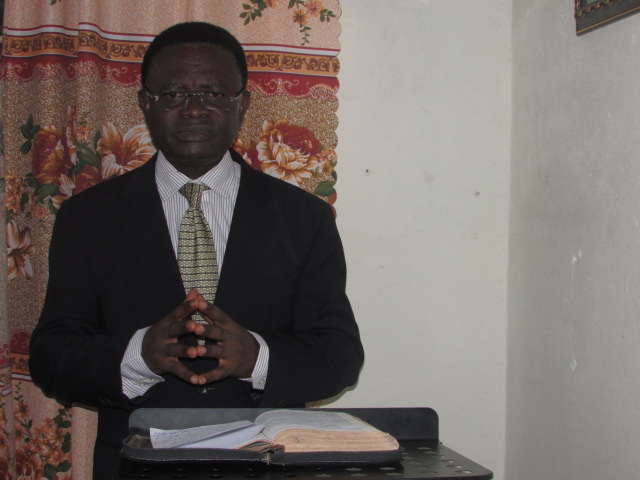 I fear that many of us today are make spiritual mistakes by accommodating and entertaining pet sins in our life as if their our best friends in our household.

Hidden Pet Sins will Killing You.

You see, you and I have this dangerous tendency to think that some sins are essentially harmless, and as a result, we aren’t afraid to let them into our lives. At first, we think we can control these “pet sins” because they seem small enough for us “to handle on our own,” but sin has a way of growing beyond what we can handle. Over time it begins to strangle and suffocate us spiritually, until all of a sudden we realize that our sin now controls us, not the other way around. And if sin is not confessed and forsaken, it will continue to grow, taking root in our hearts and eventually bringing spiritual death because we’ve chosen to find our joy and satisfaction in something other than Christ. And that’s what James is warning us about when he writes that “sin, when it is full-grown, brings forth death” (James 1:15).

This passage is crucial to our understanding of sin because it teaches us that there is no such thing as a harmless sin. The sobering reality is that to tolerate or condone sin in our lives or the lives of others is to invite spiritual disaster.

The phrase “carried away” that James uses here is a Greek hunting term that refers to the process of luring an animal into a trap. Picture a mouse trap, for example. When you want to catch a mouse, you don’t just set out a mouse trap and hope for the best, you intentionally lure the mouse into your trap using something it desires, like a piece of cheese. In the same way, the Greek word for “enticed” is a fishing term that refers to baiting a hook. When you go fishing, you don’t just throw your hook in the water and expect a fish to bite; you take a worm and put it on the hook, wrapping it around a few times until the hook is hidden from view. Then you cast it into the water, hoping the worm will entice nearby fish to swim over and take a bite.

Don’t miss the gravity of the word pictures James is using here, like a roaring lion seeking someone to devour (1 Peter 5:8), Satan is literally hunting us like prey, and his plan is to lure us in by making sin seem both harmless and appetizing. He wants to convince us that giving in to temptation will satisfy our souls that nothing could possibly go wrong, but just like with the mouse and the fish, there’s more going on than meets the eye. Temptation is a trap that promises pleasure but ends in destruction and the pet sins we accommodate are no exception. No wonder James adds in the next verse, “Do not be deceived, my beloved brethren.”

Our goal here is not just to read and study Scripture; we also want to apply the Bible in a practical way and teach it to others. Now that we’ve examined the sober reality that we’re being hunted by our spiritual enemy, how should we respond?

This may sound extreme, but it’s biblical. Check out what Paul writes in Colossians: “Therefore, consider the members of your earthly bodies as dead to immorality, impurity, passion, evil desire, and greed, which amounts to idolatry.” – Colossians 3:5

Our English translation of this verse really doesn’t do it justice. The wording Paul uses here carries the idea of us being locked in a death struggle with sin, having only two possible outcomes: kill or be killed. We can either strangle and suffocate the sin in our lives, or it will do the same to us spiritually. Paul’s message is clear: either violently destroy your sin, or it will violently destroy you.

Jesus makes a similar statement in the Sermon on the Mount, where He says,

Now, I don’t think Christ is literally telling us to rip our eyes out or chop our hands off, but He is advocating for taking extreme measures to kill off sin because nothing in your life is so important that it’s worth sinning over.

I witnessed a great example of this when, one of the friend in my small group confided in me that he was struggling with pornography addiction. As we talked, I shared these verses with him and encouraged him to think about how to remove everything from his life that was causing him to sin in that way. One week later, he invited me to his home, where we went out behind his house and set his laptop on a log, and set fire on it and burn.

Now I want to be clear, my poor friend realize this was a huge inconvenience for him. It meant that he had only his flip phone, it meant that he had very limited access to the internet; but that was the whole point. He realized that the convenience of a laptop wasn’t worth sinning over, so he removed it from his life.

How different would our homes, churches, and communities be if we were willing to take extreme measures to kill off sin? How many of our lives would be characterized by victory instead of defeat, joy instead of shame, and freedom instead of bondage? But I fear that we’re choosing not to kill off sin because we’ve become comfortable with its existence in our lives. I’m concerned that perhaps, like the other family; we’re nurturing the very thing that will ultimately destroy us.

You’ve heard the analogy before: if you’re an alcoholic don’t go to a bar. The idea comes from Proverbs 22:3, which say, “The prudent man foresees the evil and hides himself, but the simple pass on and are punished.” In other words, if you see a situation in which you are likely to sin, it’s your responsibility to keep moving or run away from it. To use Solomon’s language, only a simple-minded person would knowingly walk into a situation where they’d be likely to sin, to do so would be like a mouse knowingly walking into a mouse trap. So make a list of the times, places, and situations in which you’re most likely to give in to temptation, and make the necessary changes to avoid them.

While it’s crucial to avoid temptation as much as possible, we know from experience that we can’t avoid temptation all together. When temptation does strike, one of our biggest mistakes is that we’re reactive rather than proactive. Notice David’s proactive approach in Psalm 119:11 which says, “Your Word have I treasured in my heart that I might not sin against You.”

David prepared for temptation in advance by memorizing key Scriptures that would enable him to emerge from the battle victoriously. This verse, along with many other Bible passages, teaches us that there’s a direct link between Scripture and victory in temptation. It’s no coincidence that Christ, who overcame every temptation He faced, defeated Satan in the wilderness by quoting from Deuteronomy (Matthew 4:1-11), and it’s no coincidence that Paul refers to Scripture as the “sword of the Spirit,” our only offensive weapon with which to fight spiritual warfare (Ephesians 6:17). Scripture is the only spiritual weapon God gives us because it’s the only weapon we need to overcome temptation.

The key here is identifying which temptations are most likely to entice you and draw you in. Perhaps you’re susceptible to over-spending, lust, jealousy, pride, fornication or losing your temper. Whatever your primary weaknesses might be, it’s crucial to identify them and prepare for them accordingly by memorizing Bible passages that specifically address those sins. When the Word is hidden and treasured in your heart, you’re more likely to see temptation and sin for what it truly is; a trap set to destroy you.

May we never forget that sin is the medium through which Satan seeks to devour us, he longs for you and I to focus on how enjoyable sin will be so that we’ll forget about the pain and regret we’ll experience later. So instead of tolerating pet sins, let’s get ruthless and violently put them to death. Let’s intentionally avoid situations in which we’re likely to give in to temptation, while hiding key Bible verses in our hearts to strengthen our resolve to live holy and in obedience to God.