Need a Women’s Ministry, Why? Part 2 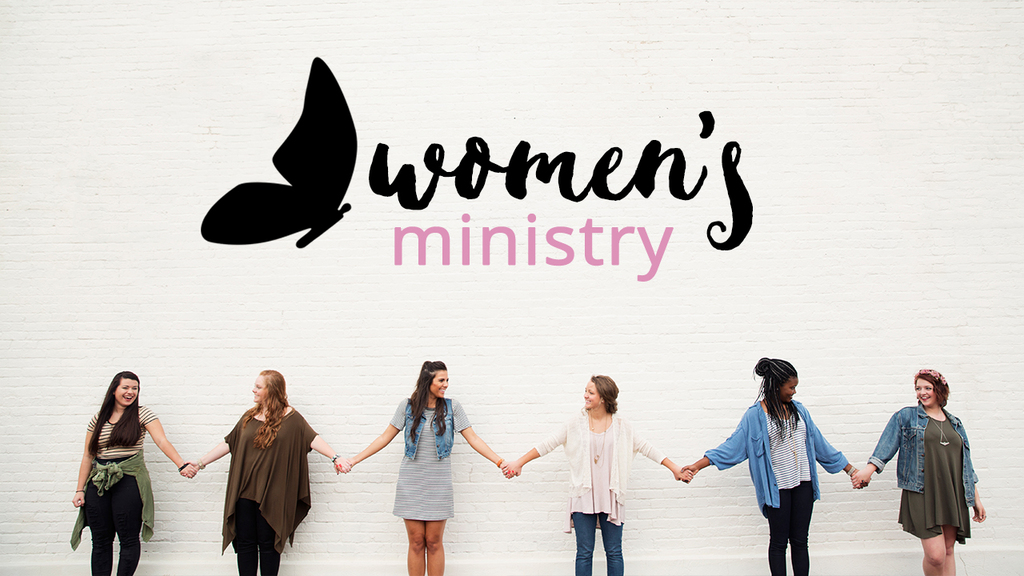 Your Church Will Always Need a Women’s Ministry, Why? Part 2

This is the second sermon. You may be interested in reading Part One before or after reading this post.

Women’s ministry has existed throughout the centuries of Christian history, and it is here to stay. But in the first century it was a far cry from what we know today. In the early church, women were noted for being martyred. This is probably not the kind of women’s ministry most of us are interested in today! I’m sure women prayed together, cared for each other’s families in times of illness, memorized and discussed the scriptures, and evangelized others during the first centuries of the church.

But the stories that survived are of the women who didn’t survive.

Vibia Perpetua, who died in 202 A.D., is remembered for her courage as she faced death in a Roman arena at the hands of a mad cow. Perpetua kept a journal of her arrest and imprisonment, along with her maid, Felicity. Perpetua recorded her attempts to reconcile her wealthy father to her situation, “He was the only member of my family who would find no reason for joy in my suffering.”  An eyewitness account calls it “the day of their victory.”  Not really the way I think I would face such a trial! One cannot deny the intensity of their love for Jesus and their gratitude that they were counted worthy to suffer for Christ.

Asceticism, often accompanied by visions or ecstasies, seems to have gradually replaced martydom, but this form of ministry similarly left few survivors as many starved themselves in an effort to know God better and to serve him with a clean heart. Being single for the sake of God became the exalted norm. Rather than marriage for women, as Paul had written in Titus 2:3-5 and I Timothy 5:3-15, women were influenced toward a life of unnatural self-denial.

By the fourth century, women scholars had begun to surface. One of these educated women was Marcella, who was born around 322 and lived to be about 85 years old. Her family of origin was wealthy and esteemed. She married but was soon widowed, and refused to remarry. She met Jerome and “sought him out to learn as much of the Bible from him as possible. She began a ladies’ Bible study in her home, and her house became a center for Bible study, prayer and psalm singing.” That sounds a lot like women’s ministry as we know it today!

Marcella mentored Paula, who was also very wealthy, even owning entire towns. After Paula’s conversion, she used her money for charity, founding convents as well as a church and a hospice while living a simple, self-denying life. She was an excellent scholar of the Scriptures, knowing Greek and Hebrew and able to sing the Psalms in the original Hebrew. In the convents she founded, the major work was the copying of the Scriptures. She, like Marcella, was a student and colleague of Jerome’s and he dedicated several commentaries to her.

In the middle ages, a document written by Dhouda enables us to see what went on inside the head of a woman of that time. Dhouda was from a noble family. In the Manuel she wrote for her son, she sought to influence him in how to live the Christian life in the world, rather than in a monastery. She included chapters on prayer, love, sublimity of God and false riches. Her instructions for her son show what her concerns were for him as he matured. Centuries later Christian women are still concerned for their children, and gather in prayer for them as part of women’s ministries.

Up to the time of the reformation, godly women were often ascetics and mystics. Teresa of Avila (1515-1582) was the most well known. She founded 16 Carmelite houses in Spain as a reform within the Catholic Church.

But it was Katie Luther, wife of Martin Luther (and may we say, the first pastor’s wife), and perhaps the first leader of women’s ministry within the Protestant church who probably paved the way for modern women’s ministries. Katie excelled in hospitality, housing literally hundreds in her home over the 20 years of their marriage. She was skilled in home economics and farm management as well as mothering and being a wife and companion to Martin. When he died, he left all his estate in the care of Katie. Though this was unusual, it showed his trust in her.

The reformers wives, such as Anna Zwingli, Anna Bullinger and Idelette Calvin also led the way in elevating marriage and childrearing, as well as ministry to the poor. They were known for being wives who loved their husbands, mothers who considered childcare a vital part of their ministry, and women who extended their care and influence to social outcasts and the impoverished.

During the nineteenth century and into the early twentieth century, social reform was the most significant form of women’s ministry in the church. Temperance unions were formed as a reaction against the increase of drinking and the wicked atmosphere of the saloons. Women prayed, and marched against the demon rum. Francis Willard, who began as a firm Bible believer, but later became more interested in social reform, was a primary leader.  Willard helped bring about the passage of the Eighteenth amendment banning the use of alcohol. What these women accomplished amazes me! What tenacity and boldness they showed! They had seen the evils of drunkenness and how families had been destroyed by it when men became drunkards and failed to provide for their families. Their crusade was one of saving the family and destroying the demon rum. Their tireless efforts led to the massive social reform of Prohibition of alcohol. Though Prohibition lasted only thirteen years (until the Twenty-first amendment repealed the Eighteen) it was an impressive achievement by women’s ministry.

An equal emphasis of the nineteenth century in women’s ministry was missionary aid and support. Virtually every church had a Women’s Missionary Auxiliary. These groups collected funds and invested heavily in sending and supporting missionaries on the field. They took an active interest in the missionaries—prayer support was essential, clothing was collected and shipped to missionaries in barrels, and the letters they received from missionaries were made public and discussed.

Ann Hassletine Judson who served in Burma as a missionary with her husband, Adoniram Judson, became an American heroine.  She was featured in articles published in newspapers and magazines. Her poignant accounts of the Burmese women and their lives of childhood marriages captivated American women, as did her graphic accounts of the imprisonments she and her husband endured. In Burma, Ann was an evangelist to the Burmese women, but at home in America, she was the voice of women in missions. Though she died young, through her writings she inspired many women, including Adoniram’s second and third wives, to become missionaries.

The trend in the last part of the twentieth century and the early twenty-first century of women leading women in the study of the scripture seems to mirror in some ways the emphasis of Marcella and Paula from the fourth century. It would not be an exaggeration to say that virtually every evangelical church in America today has a women’s Bible study of some kind.

The most prominent female Bible teacher is probably Joyce Meyer whose Bible studies and books about the Bible have sold millions of copies. Other women who study and teach the Bible include Anne Graham Lotz who writes Bible studies and speaks for worldwide conferences on biblical topics of spiritual growth, Kay Arthur who founded Precept Ministries which publishes numerous Bible studies around the world and Beth Moore who has devoted her life to teaching women the Bible, first at her home church in Houston TX, and then across America with her DVD series and Bible study guides.

Bible Study Fellowship with 1000 classes in 38 countries was founded by Audrey Wetherell Johnson, as a Bible study for women. It has grown to include men in the worldwide studies.

Women’s ministry in the church has always been about knowing God and knowing His word, sharing the gospel with the needy and broken, and caring about the welfare of the country in which one lives. Yes, at times we women have gotten distracted by the fun of tea parties and bazaars; but on the whole, the evidence is of women who want to serve the Lord with their gender, to make a difference in their community and generation, while continuing their first call of serving God in their homes and with their families.

When women gather in churches, they have freedom to share and experience life with other females. My friend says that she cannot share as freely when men are in the group as she can when there are only women. Because she’s somewhat introverted, she needs to have ‘space’ in which to share her thoughts and feelings. That doesn’t happen for her in a mixed group.

Women’s Ministry is here to stay, and for that, I am grateful to God. May all women of the twenty-first century strive to emulate the courageous women who went before us, and may we serve our Lord in our homes, in benevolent ways, in social reforms, in the study of Scripture, in prayer and in sharing the good news that Jesus came to save sinners.

Amen and thank you.