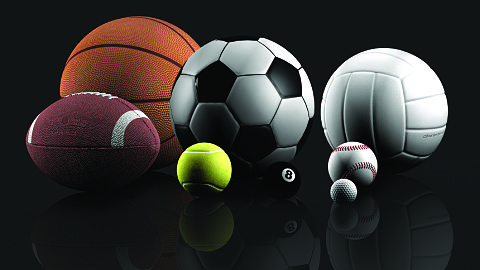 How an incarnational and service emphasis underpins effective evangelism Rev Samuel Ashe, an 18th century English clergyman, clearly saw the need for interaction between church and sport. He used to spend his Sunday afternoons hiding in the trees by the local sports field. He would bide his time until the football came near him when he would catch the ball and pierce it with a pin.1. He could then go home pleased to have stopped his parishioners from sinning! Hopefully, in this article we can identify more constructive ways of engaging with the world of sport.

No reasonable person can deny the importance of sport in the modern world:

Christian ministry to sport largely began in the 1950s but has grown exponentially to the point where there are currently over 50 ministries with a specific engagement with sport in the UK alone. Some form of Christian ministry to sport exists in 180 countries of the world.  However, the growth has been spontaneous and often uncoordinated. This process has had certain consequences, for example, in terms of theology.

Jim Mathisen, from Wheaton College, has written, ‘The fact that the current [sports ministry] movement still operates in the absence of any clearly articulated theology of sport is troubling . . . no theology or hermeneutics is broadly shared within the movement’.3 While Mathisen’s comment remains true in the sense that sports ministry still operates from no generally accepted common theological foundation, more and more material on sport and Christianity is being published at an academically respectable level.4

Sports ministry broadly falls into two categories—ministry to sport and ministry through sport:

Sports ministry works at all levels and age groups. The following vision statement of one UK ministry summarizes well the task that the majority of Christian sports ministry organizations are engaged in:

In recent years, Christians have seen the potential of a major event in their country or city as an opportunity for service and witness. This type of ministry began in the 1990s and has grown significantly over the years, particularly at the Olympics and football World Cups:

Major event ministry has often been very effective but can sometimes lead to problems with the event organizing committee. They may feel that a particular Christian publication conflicts with official publications or could mislead the public into believing that there is an official relationship between the publisher and the organising committee.

A ministry report on a recent major sports event referred to a plan to distribute over 500,000 pieces of spiritual literature with testimonies of faith at three community fan zones in the city.  While one may rejoice at this evangelistic enterprise, one might also question how the city authorities view the task of picking up the discarded leaflets and whether the reputation of the Christian community has been enhanced by this exercise—or the reverse.

One may also ask how the organizers of a Christian conference would feel if a commercial or political organization were to leaflet delegates to their event. The potential longer-term effects of a major event evangelistic bombardment and the effectiveness of, say, handing out ‘tracts’ to people who are just wanting to have a fun day out at a sporting event, need to be considered.

The chaplaincy programme at the London Olympics was arguably the most comprehensive ever conducted at an Olympic Games, with 162 chaplains accredited in three separate categories to serve the athletes and others in the Olympic Village, the workforce and volunteers and the media. This was an excellent example of servant-hearted Christians working with the Olympic organizing committee to add value to the event.

The chaplaincy opportunity was created by the foresight of the Bishop of Barking who had created the post of ‘Church of England Olympics Executive Coordinator’ five years previously. The person appointed, Duncan Green, describes his journey of service to the organizing committee in a forthcoming book.8

At the grassroots level, some Christian-based sports outreach projects are being recognised by secular sporting networks as valid forms of engagement through sport to tackle problems in society. A good example is the Ambassadors Fathers’ Football project, which won the Beyond London 2012 Innovation award for reaching out to support poor, marginalised immigrant fathers in the London Borough of Tower Hamlets.9

He said afterwards, ‘It was an incredible opportunity that God gave to the sports ministry in Egypt, to be at the heart of such a big sports event. Ninety percent of the people I was working with—volunteers, organizing committee, government—were not Christians. But all of them knew I was from a Christian church. I believe this is real sports ministry—not just working in the church but taking the church outside’.

The London 2012 and Egypt 2006 experiences show how an attitude of servant-hearted support for the organizing committee of a major sports event is often appreciated and can build bridges between the Christian community and the sports administrators.

If the theological reflection on sport has been sparse, the Christian thinking about disability sport has been almost non-existent. The publication of a book later this year will represent a welcome contribution to the field.10

Christians have been criticized for failing to have any prophetic engagement with sport. Tom Krattenmaker,11 for example, has lamented the lack of interest in issues like racism, exploitation of women, financial corruption, or excessive violence in sport. When the 2014 Winter Olympics in Russia brought Russia’s anti-gay legislation into world spotlight, there seemed to be silence from the Christian sports ministry community.

The increased application of theological reflection to sport is to be welcomed. However, it must be recognized that the process has only just begun:

The incarnational model emphasis of sports ministry, where Christians enter the world of sportspeople, reflects the Pauline emphasis in 1 Corinthians 9:19-23 with a playing, participating, and supporting level of involvement that requires a huge commitment in terms of time, vulnerability, and intentionality in relationships. This is a lesson for other spheres of evangelism that can sometimes emphasise a programme/event/’come to us’ approach.

Being open to supporting an incarnational approach in evangelism, and in envisioning, equipping, and supporting any sportspeople in the congregation to be the church’s evangelists to their sports friends and local sports club, can be an effective strategy to help the church engage with its local sports community. Supporting Christian parents of sporty children as they engage with others around their child’s sport, through alternative church meetings and visiting children at their sports activities, for example, is also essential.

Another lesson applicable to other spheres of evangelism is that the serving emphasis within sports evangelism can break down many barriers and open up doors for other evangelism opportunities. Such an approach may not yield short-term results but the long-term favour that emerges (eg through sports chaplaincy) can lead to real growth of influence for the gospel.

Churches should also be open to serve in the community in and through sport, for example, in providing volunteers, coaches, pastoral care, or a meeting place for a local sports club, school, or college. There should be a conscious decision to value and prioritise disability sport more that has happened up to this point.

Seeing sport as a gift from God, valuing it, and seeking to engage with sport as those who care about it, must represent a fundamental part of how Christians see the world of sport in future. Let us get involved in the world of sport and win it for Christ!

By J Stuart Weir is Executive Director of Verite Sport (www.veritesport.org), a Christian Mission to the world of sport. He has worked at the Olympics, Paralympics, Commonwealth Games, Football World Cups, and a host of athletics events. He supports Christians in elite sport and has written extensively on sport and Christianity.