The Growing Trend of Performance Worship 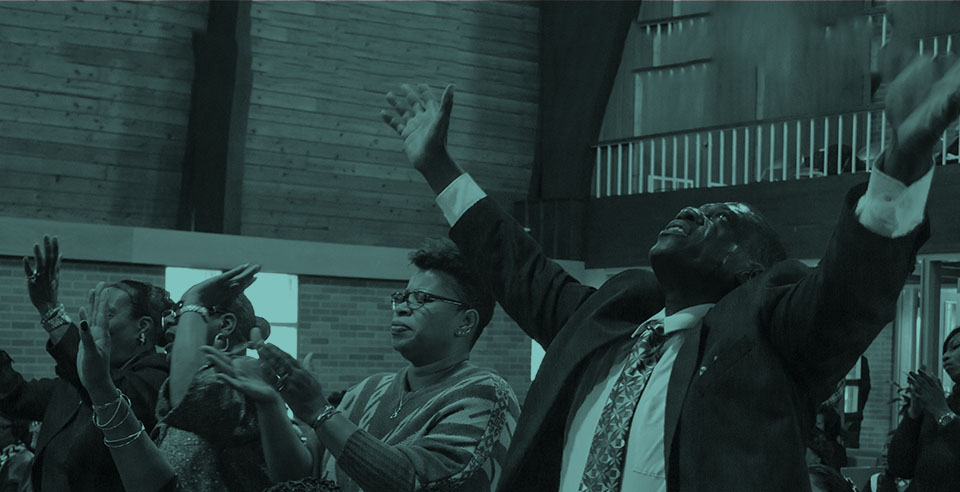 Acceptable worship is a God-centered phenomenon. It involves not only an attitude, but also a submission to certain prescribed acts. Through worship, Christian people, grateful for divine redemption, pour out their souls in adoration to deity. When men, in their worship, seek to direct attention to themselves, instead of God, they seriously err. This is a truth that some learn too late (Acts 12:21-23).
In an earlier article (Are Choirs and Solos Authorized for the Church Assembly?), we addressed the accelerating phenomenon of using choirs, soloists, etc., in the worship service of the church. In this article we wish to comment on the growing practice of “worship-drama.” Increasingly, religious journals give publicity to the “drama groups” that are being formed in various congregations. Religious theater is being promoted as a new method of evangelism for the baby-boomer generation, which, we are told, is not attracted to traditional preaching.
How should this topic be approached? Does the Bible specifically address the issue? Actually, it does not. But this matter, as with many others (e.g., gambling, drug use, etc.), must be approached upon the basis of biblical principles. There are divine guidelines that assist us in making spiritual decisions on issues of this nature.
First, it is freely conceded that God’s inspired spokesmen occasionally used “visual aids” in the proclamation of divine truth. The prophet Ahijah tore his garment as a token of the coming division between the kingdoms of Israel and Judah (1 Kings 11:30). Jeremiah purchased an earthen jar and smashed it in the sight of Judah’s leaders as a preview of the impending destruction of the nation (Jeremiah 19). And the prophet Agabus bound his own hands and feet with Paul’s belt to foreshadow the perils that would befall the apostle in Jerusalem (Acts 21:11).
While it is thus true that some teaching tools were occasionally employed in conjunction with the spoken word, the fact remains, nowhere do we find the primitive church using a dramatic production as a means of propagating the gospel. This is quite significant when one reflects upon the fact that the ancient Graeco-Roman culture was immersed in the drama motif.
In Paul’s day, Corinth had a theater that seated fourteen thousand people (Murray-O’Connor 1983, 36). Ephesus had a theater that accommodated twenty-four thousand (Frank 1972, 312). In Rome, it is estimated that there were three thousand actresses (Smith and Cheetham 1875, 1.16). With the theater aura so permeating that society, is it not remarkable that there is not even a hint in the New Testament that the primitive saints employed drama to reach their contemporaries? The careful Bible student is impressed with the fact that the early Christians simply proclaimed the sacred message in a plain and unostentatious fashion. Where is the evidence for Christian “drama”? The New Testament silence regarding this practice speaks quite eloquently.
Second, in the sermon on the mount, Jesus warned about the danger of turning worship into a theatrical production. “Take heed,” the Lord cautioned, “that you do not your righteousness before men, to be seen of them: else you have no reward with your Father who is in heaven” (Matthew 6:1). Christ illustrated this truth by mentioning several devotional items (e.g., the giving of alms, praying, and fasting). He condemned the actions of some who put their worship on display so as to attract the attention of others. He labeled them hypocrites (vv. 2, 5, 16). Jesus went to the very heart of the matter when he put their motives in the spotlight. Rather than sincerely seeking to honor God, they were attempting “to be seen” of others. The Greek expression is theathenai. Robertson notes: “Our word theatrical is this very word, spectacular performance” (1930, 50).
When an environment is created within the assembly of the saints wherein one seeks to display his or her acting skills, and the applause of an audience is solicited, the spirit of the Savior’s instruction has been grossly violated. With all that human adulation, in which the performer so delights, he has “received [his] reward” (Matthew 6:2b), which, in the original language, suggests that he has been “paid in full.” As William Barclay noted: “If we aim at personal publicity, we get it—but we get nothing more” (1974, 53).
Third, the testimony of church history is decidedly against the drama-worship format. The tendency to use the stage as a means of teaching manifested itself in the early centuries of Christian history. Tertullian (ca. 160-220) opposed the practice. Chrysostom (ca. 347-407) protested the use of theatrics and complained that his audiences, instead of taking his messages silently to heart, looked for opportunities to applaud (Smith and Cheetham, 11.1953). Eventually, however, the theater was imported into the church.
In his monumental two-volume work on church history, John F. Hurst devoted an entire chapter to “The Sacred Drama.” He observed that in those days when Christianity became recognized by the state, the popularity of the theater, along with the need for diversion, “forced upon the Church the endeavor to minister to the craving of man for the spectacular” (1897, 922). It was out of this very circumstance that the drama of the “Mass” ultimately evolved.
The same lust for public acclamation afflicts some in the church today. Will history repeat itself? Let us pray that it does not.
REFERENCES
Barclay, William. 1974. New Testament Words. Philadelphia, PA: Westminster Press.
Frank, H. T. 1972. An Archaeological Companion to the Bible. London, England: SCM Press.
Hurst, John F. 1897. History of the Christian Church. Vol. 1. New York, NY: Eaton & Mains.
Murray-O’Connor, Jerome. 1983. St. Paul’s Corinth—Texts and Archaeology. Wilmington, DE: Michael Glazier, Inc.
Robertson, A. T. 1930. Word Pictures in the New Testament. Vol. 1. Nashville, TN: Broadman.
Smith, William and Samuel Cheetham. 1875. Dictionary of Christian Antiquities. London, England: John Murray.
SCRIPTURE REFERENCES
Acts 12:21-23; 1 Kings 11:30; Jeremiah 19; Acts 21:11; Matthew 6:1; Matthew 6:2
BY WAYNE JACKSON
share