The Function of Bishops in the Ancient Church 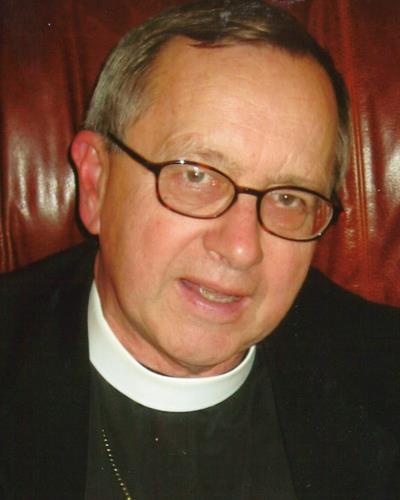 There are people who think that in New Testament times, a bishop (episkopos, which has the literal meaning of overseer) and a priest (presbyteros, presbyter, elder; the ancient term for a Christian minister) did not hold distinct offices, but that these were just two names for the same thing. Some people base this on their subjective conviction that the organizational structure of the church developed over time, but many base it on their reading of the New Testament. However, the New Testament only gives us the qualifications for these offices, not their functions. Understandably, the qualifications are pretty much the same, but that does not mean that their functions were the same. So the question is still open.

Ignatius’ letters used to be the epicenter of the dispute over the roles of bishops and priests in the ancient church.

Ignatius was a bishop who was arrested in Antioch for being a Christian and was taken to Rome by Roman soldiers for his execution. He traveled about the same route as Paul, and he wrote letters to churches that Paul founded, plus a few more that were not mentioned in the New Testament and may have been founded in the meantime. In these letters, it is clear that there are people who still have personal memories of Paul and that Ignatius is deeply affected by the fact that he is recapitulating Paul’s journey to Rome. Ignatius defers to the bishop of each of these major churches and commends the people to their bishop’s leadership. In fact, he mentions that Onesimus is the bishop of Ephesus, which may (or may not) give us the ending to the story in Philemon.

In the 17th century James Ussher, an Anglican, reconstructed the authentic letters of Ignatius, and John Pearson, also an Anglican, pretty much proved their authenticity. There was renewed dispute about them in the 19th century, but that was settled by J. B. Lightfoot. Today the matter is pretty well settled. Ignatius wrote about bishops because there was a clear functional difference between bishops and priests at the end of the first century. Bishops presided over the priests in the main church of a major city and supervised the priests who served in smaller churches in the outlying towns. Since only priests can become bishops, you could say that all bishops are priests, but not all priests are bishops. All of the churches, from Antioch to Rome, were set up that way.

Some people are convinced by their own subjective judgment that the organizational structure of the church developed over time into the bishop-priest system that I just described. I am skeptical of this idea, because I think that it is highly unlikely that ad-hoc organizational changes here and there would produce a uniform polity over such a wide and diverse area. It seems to me that such a process would produce diversity, not uniformity. But let’s think this out anyway. The church was founded in Jerusalem in about AD 33. Ignatius was born about AD 35, he became bishop in about AD 69, and he traveled to Rome in about AD 105. At the time of his trip, all the churches he encountered, from Antioch to Rome, had the bishop-priest system. Now if priests and bishops were synonyms for the same office in AD 33, but different enough in AD 69 for Ignatius to hold an office of bishop that was distinct from the office of a priest, the change would have taken place during a 35-year period. It would mean that a complete innovation in the organizational structure of the church swept over the world within the last generation that knew Jesus and the apostles personally! I do not think that is even possible, let alone likely.

How can we explain why so many churches that were founded by so many different people over such a wide geographical area had the same bishop-priest system in such a short time? The best explanation, I think, is that they were all set up that way in the beginning.

I observe that many of the people who believe that priests and bishops were originally synonyms for the same office belong to churches that do not have bishops. So it appears that this theory is driven not by historic or biblical evidence, but from the desire to invalidate the historic churches or to avoid invalidating one’s own church polity. This has more to do with history and circumstance than Scriptural understanding. All branches of the church had bishops until the Protestant Reformation. Protestant bodies that originated in areas where the Catholic bishops exercised political authority or were corrupt, tend not to have bishops. Protestant bodies that originated in areas where Catholic bishops were not problematical do have bishops. So this is why Swedish Lutherans have bishops, but German Lutherans don’t. Protestant bodies without bishops came up with scriptural justifications for their polity after the fact. Many Protestant bodies deny that they have bishops, even though they do have regional structures with authority over the regular clergy, which amounts to the same thing.

I think we should ask whether it is necessary for us to reproduce historic polity in modern churches for the modern churches to be valid. I don’t think it is, because the Roman Catholic Church has cardinals, which the ancient church did not have. And I’m pretty sure that none of the churches in the New Testament had a Minister of Music, either. So my opinion is that the bishop-priest system (evident in one form or the other in the Orthodox, Anglican, Roman Catholic, and many Protestant churches) is the ancient and original time-tested system, and that it is a very good idea to make individual ministers accountable to a regional authority. But does it have any affect on the validity of a church body if they are not called bishops and priests? Is there a commandment to have or avoid any particular church polity?