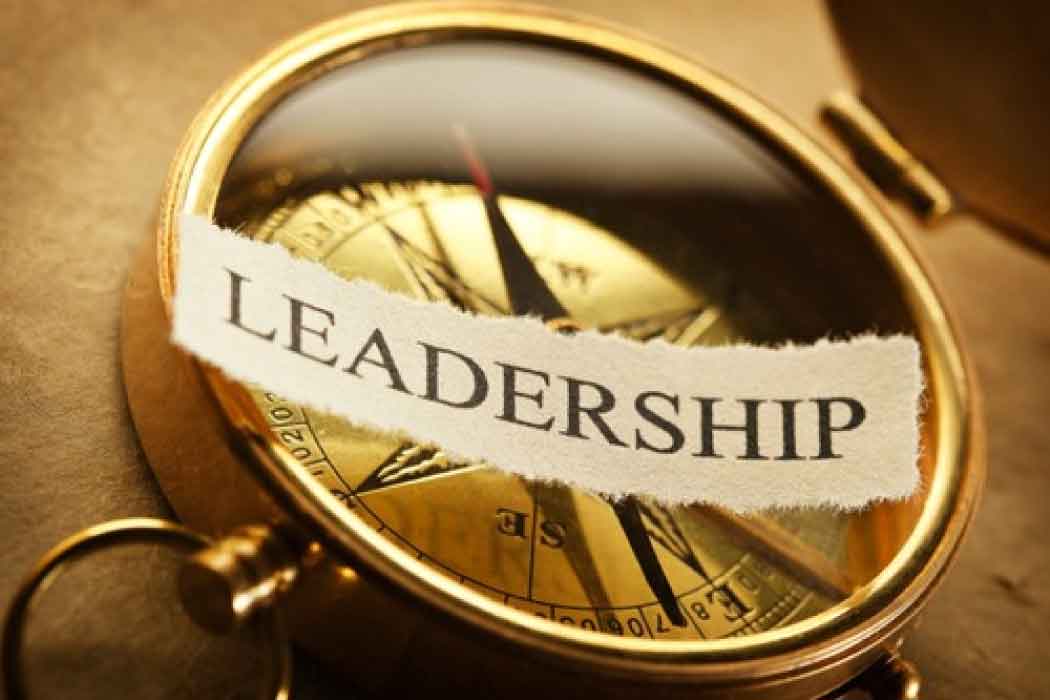 I heard a well-known pastor describe the church as the most leadership-intensive organization in the world. Church leaders do not have the authority of military leaders or the financial incentives of the corporate world; they only have leadership skills on which to rely. Where do they find the leadership principles needed to lead? While excellent books, seminars, and classes on leadership are available, church leaders, first of all, need to look in God’s Word.

While the Bible primarily centers around the story of God’s love for us and His plan of redemption, it also provides us with insight into spiritual leadership. From Abraham to Moses to the judges to David to the kings to Peter and Paul, and ultimately Jesus Christ, God has used spiritual leaders to accomplish His purposes. The Bible gives us not only examples of spiritual leadership but also leadership principles with a number of these principles in the book of Proverbs.

“The mark of a good leader is loyal followers; / leadership is nothing without a following” (Prov. 14:28).* Leadership is not so much about position as influence. When Paul was transported to Rome as a prisoner (Acts 27), his ship was caught in a storm and about to sink. At that critical moment, the apostle took charge, and his leadership saved everyone. We may hold an office in a church, but our influence makes us leaders. The true test of leadership: Check to see whether or not anyone follows you.

“Refuse good advice and watch your plans fail; / take good counsel and watch them succeed” (Prov. 15:22). Absalom refused to listen to Ahithopel’s wise counsel, and it cost him his life (2 Sam. 17). Rehoboam refused to listen to his father’s advisers, and it cost him half his kingdom (1 Kings 12). On the other hand, Moses listened to his father-in-law, and it saved his leadership (Exod. 18).

Being a leader does not mean we have all the answers; we have the option of seeking help from others with more experience. I have had a couple of district superintendents whom I counted on when I needed godly counsel. Even after they retired I still sought their help—each of us needs to find individuals to whom we can turn when we are in need.

Good leaders motivate; they do not manipulate

“A good leader motivates, / doesn’t mislead, doesn’t exploit” (Prov. 16:10). Nehemiah fearlessly motivated the people to rebuild the walls of Jerusalem (Neh. 2:17–20). He laid out a vision, he shared a plan, and he reassured God’s people that God was with them. When we are moving people for our benefit, we manipulate and exploit them. But when we call people to a higher purpose, we motivate them.

As leaders we need to be careful that we do not use people to build our own kingdom, to advance our own careers. To be doing the right thing for the wrong reason can be described as easy, with motivation and manipulation so similar that we can slip across the line almost without realizing it. We need to remember it is not our church that we lead but Christ’s church, His bride, and we need to respect her.

Good leaders do not tolerate wrongdoing by others or themselves

Good leaders operate by the highest ethical standards. “Good leaders abhor wrongdoing of all kinds; / sound leadership has a moral foundation” (Prov. 16:12). Good leaders must confront wrongdoing and deal with it without fear or favor, as Paul did with Peter on the issue of Jew-Gentile equality (Gal. 2:11–14). Over the years I have had to confront staff and lay leaders engaged in wrongdoing. While this was not easy, it was a necessary part of effective leadership.

Effective leaders must not only confront wrongdoing but also maintain the highest ethical standards, particularly in two areas: money and sex. We need to build safeguards and accountability systems in both areas so as to protect and keep us above reproach.

“Good leaders cultivate honest speech; / they love advisors who tell them the truth” (Prov. 16:13). Honesty can be classed as the foundation of leadership. Not only are good leaders honest, but they want honest people around them. Just about every book on leadership lists character as one of the top characteristics of effective leaders. People don’t follow leaders who lack integrity.

Integrity involves actions as well as words. Now, I am not so much referring to things like not stealing as I am to hypocrisy. Integrity involves practicing what we preach, being consistent and dependable, doing what we say we will do, and living in such a way that others will trust us.

“An intemperate leader wreaks havoc in lives; . . . Good-tempered leaders invigorate lives” (Prov. 16:14, 15). King Saul was an intemperate leader by letting his emotions get out of control, resulting in the ultimate loss of his kingdom. On the other hand, when the apostle Paul was slandered by false teachers, he responded calmly and rationally. While effective leaders are passionate, their passion must remain under control.

Leaders are often attacked and are the victims of false accusations. People misunderstand leaders, misquote them, are suspicious of them, and attribute negative motives to them. All of these things along with the responsibility and pressure of leadership can cause us to let our emotions get out of control. As leaders we need to be especially on guard and carefully inhibit our emotions. We also need to pray for ourselves and have others pray for us.

“Leaders who know their business and care / keep a sharp eye out for the shoddy and the cheap” (Prov. 20:8). Not only should leaders give their best, they also need to expect the best from their followers while helping them to do their best as they train and equip them.

“After careful scrutiny, a wise leader / makes a clean sweep of rebels and dolts” (Prov. 20:26). While our goal in dealing with dysfunctional people and troublemakers includes healing and restoration, we must not tolerate dysfunctional people and troublemakers who do not respond to loving correction. The biblical counsel makes it clear that if troublemakers do not respond to loving correction, we must have nothing to do with them (Titus 3:10, 11).

Moses had to constantly deal with rebels and troublemakers as he led Israel to the Promised Land. To allow persons to continue to cause trouble does not show mercy and grace to either the troublemaker or to others in the organization being affected by them. If we truly care for the good of the church and not our own comfort, we will deal with people who are harming Jesus’ Body.

“Love and truth form a good leader; / sound leadership is founded on loving integrity” (Prov. 20:28). Love without truth is a directionless emotion while truth without love is a cold reality. However, truth and love together have the power to transform, for loving integrity confronts and corrects effectively.

The Bible describes love not as an emotion but as an action, with 1 Corinthians 13 describing love as a series of actions. When Jesus wanted to illustrate love for our neighbors, He told the action parable of the good Samaritan. To love others we must act on their behalf for their benefit. Good leaders care for and look out for their followers.

“Good leadership is a channel of water controlled by God; / he directs it to whatever ends he chooses” (Prov. 21:1). The key to godly leadership is submission, for leadership under God’s control will accomplish God’s work. The kings of Israel are an instructive example of this principle. Those kings who submitted to God and followed His ways experienced success while those who went their own way met with disaster. A good leader must also be a good follower.

“Like the horizons for breadth and the ocean for depth, / the understanding of a good leader is broad and deep” (Prov. 25:3). An organization can only grow as its leaders grow, as effective leaders constantly develop and sharpen their leadership skills. The apostle Paul encouraged Timothy to keep growing in his leadership skills. That’s good counsel for all of us.

When the [church] is in chaos, everybody has a plan to fix it— But it takes a leader of real understanding to straighten things out (Prov. 28:2).

Most problems don not solve themselves; they usually get worse, for where you have people you have problems. The sooner you deal with a problem the easier it is to fix it. From its very inception the church had problems, and the apostles had to deal with them decisively. Ananias and Sapphira, the widows who were neglected, factionalism in Corinth, and other such problems had to be dealt with in order to ensure that the church was growing on the right track. As long as there are people in the church there will be problems. Effective leaders deal with such problems for the good of the people and the organization.

Good leaders do not react; they act

“When a leader listens to malicious gossip, / all the workers get infected with evil” (Prov. 29:12). Good leaders must not act on hearsay; they must get all the facts first and must follow the process of Matthew 18:15–17. First, go to the person involved. If that does not work, take another person along and speak to the person concerned. If that, too, does not work, then take the matter to the church. Not only do we as leaders need to follow the Matthean process, we need to make sure our people also follow it.

Following these principles from Proverbs will not guarantee success, but they do guarantee that God’s work will move forward. We are not called to succeed but to be faithful. When we are faithful to God’s principles of leadership, God will ensure the forward movement of His kingdom.

Ministry reserves the right to approve, disapprove, and delete comments at our discretion and will not be able to respond to inquiries about these comments. Please ensure that your words are respectful, courteous, and relevant.

I Wish I Know Before